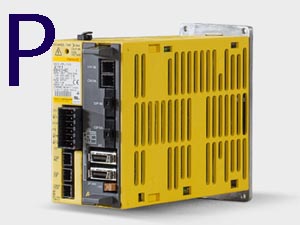 FANUC AMERICA MERGES ALL OF ITS OPERATIONS

FANUC has officially merged all of its operations in the Americas into a single company named FANUC America Corporation. The new company, headquartered in Rochester Hills, Michigan will have combined annual sales in excess of $1B and 22 locations.

Rick Schneider, previously President of FANUC Robotics America has been appointed President and CEO of the new company. FANUC America Corporation will leverage the unique synergies made possible by this merger to better support its customers by supplying the most complete range of innovative products and services for robotics, CNC systems, and factory automation solutions in the industry.

"The merger of the FANUC companies in the Americas better enables us to accomplish our mission of increasing the competitiveness of North and South American manufacturers by creating opportunities for them to maximize their efficiency, reliability, quality, and profitability," said Mr Schneider, President and CEO, FA America Corporation.

About FANUC CORPORATION, headquartered at the foot of Mt. Fuji, Japan, is the most innovative manufacturer of Robots, CNCs and Robomachines in the world. Since its inception in 1956, FANUC has contributed to the automation of machine tools as a pioneer in the development of CNC equipment. FANUC technology has contributed to a worldwide manufacturing revolution, which evolved from the automation of a single machine to entire production lines.

The high-power version offers a maximum spindle speed of up to 100Nm specified as 80Nm torque and 14kW power rated over one minute. Acceleration and speed are also improved with a 24,000rev/min spindle speed more than double the speed of the standard version. The α-DIA series incorporates Fanuc Servo HRV Control and AI Thermal Displacement Compensation. Fanuc Servo HRV Control uses high-resolution fanuc encoders and spindle control to resolve to nano levels, resulting in higher surface quality and improved concentricity. Using AI Thermal Displacement Compensation, thermal growth, which can affect dimensional accuracy, is compensated for in real time by monitoring the operational status of the spindle and estimating elongation along each axis.

The Robodrill α-DIA series includes features that reduce cycle times and improve surface finish and accuracy. The vertical machining centre is designed for 24/7 high-duty cycles. Highly efficient chip discharging is ensured: the α-DIA series now has wall coolant added to prevent chips adhering to the enclosure; and flood coolant has been enhanced together with the splash guard, which has been redesigned to reduced chip accumulation. Three machine sizes are available in the Fanuc Robodrill range, defined by the size of the X-axis stroke (work table length), and tool turrets are available as 14 and 21 stations. The machine features an all-electric design and zero hydraulics. Using FANUC's advanced CNC control platform, ROBODRILL's 31 i-B control system helps to shorten cycle times by achieving both high speed and high precision through accurate control of maximum acceleration of the spindle motor. Fanuc's DDR system for high-speed control of the X axis (or fourth axis) further reduces cycle times. DDR is a direct-drive zero-backlash linear motor that eliminates waiting time for table positioning. A DDR-T option is available, which combines a tailstock for fast turnover positioning requirements.

FANUC FA's most innovative Series 30i/31i/32i-MODEL B CNCs offer new predictive and preventative maintenance tools for motors and fans. This allows maintenance personnel to pre-plan servicing of a machine during scheduled down time rather than when a machine has failed.

FANUC amplifiers address predictive motor failures by checking the resistance of the windings. The greatest cause of servo motor failure is coolant infiltration into the motor. Coolant works its way into the machining process and deteriorates the windings until a short circuit occurs. The latest GE FANUC amplifiers are now able to record the winding resistance and predict when the Fanuc motor will fail. This allows maintenance personnel to order a motor in advance and change the motor when it is convenient for them, not at an inconvenient time when the machine is down.

With the ability to monitor the speed of each fan in the amplifier and the CNC can prevent a failure. On the CNC and servo amplifiers that are contained within the magnetics cabinet, heat is the largest cause of failure. FANUC uses cooling fans to cool electronic components. A failure of the cooling fan can cause a failure of the CNC. By monitoring the speed of each fan that is in the CNC and amplifier, FANUC is able to judge when the fan will fail enabling maintenance engineers to do maintenance before a failure. Watch on Youtube

Fanuc's FA business manufactures CNC controls, drive systems and laser systems. With a 65 per cent market share in the global CNC control sector, Fanuc is the market leader. Fanuc CNC is the controller of choice for the world's leading machine tool manufacturers continuously developing functionality sees Fanuc CNC control being used in a wide range of applications. drives and motors are well proven aimed at the machine builder, they offer the widest range of high-performance compact designs.  The high availability and ease of maintenance together with world-class, energy-efficient designs make them the motors of choice for thousands of OEMs around the world.

Fanuc realignment of its UK divisions under one brand – Fanuc UK Limited.

This move allows the company to deliver a more integrated approach to automation solutions while becoming a smarter and more efficient partner to its customers. The rebrand, effective from 1st April 2014, will integrate Fanuc’s three core UK businesses: Fanuc Robotics, Fanuc FA and Fanuc Robomachine. Driven by customer demands, as well as the relocation of a number of employees to the company’s head office facility in Coventry, the rebrand allows Fanuc UK to continue to add value and strengthen its customer service offering in response to the increasing demand for factory automation.

“I am delighted to announce the rebranding of Fanuc’s previously separate U.K divisions into one service entity – Fanuc CNC Limited,” said Chris Sumner, managing director, Fanuc coventry. “The realignment of our business allows us to improve our customer service offering while delivering a more integrated solution to meet our customers’ needs. Our goal is that whenever anyone thinks of factory automation, they think of Fanuc england.” The previously separate divisions share one common control platform making integration of machinery straight-forward and ensuring that new developments are implemented across Fanuc’s entire range of products and services. Effective as of 1st April 2014, the trade and assets of Fanuc FA UK Limited and Fanuc Robomachine Limited have been transferred to Fanuc Robotics Limited and the company has been renamed Fanuc UK Limited.